That's all folks!​
Like moomins we're off for our Winter rest, returning fattened and raring to go next Spring.
directions

Not quite TMS - it's the latest match report! 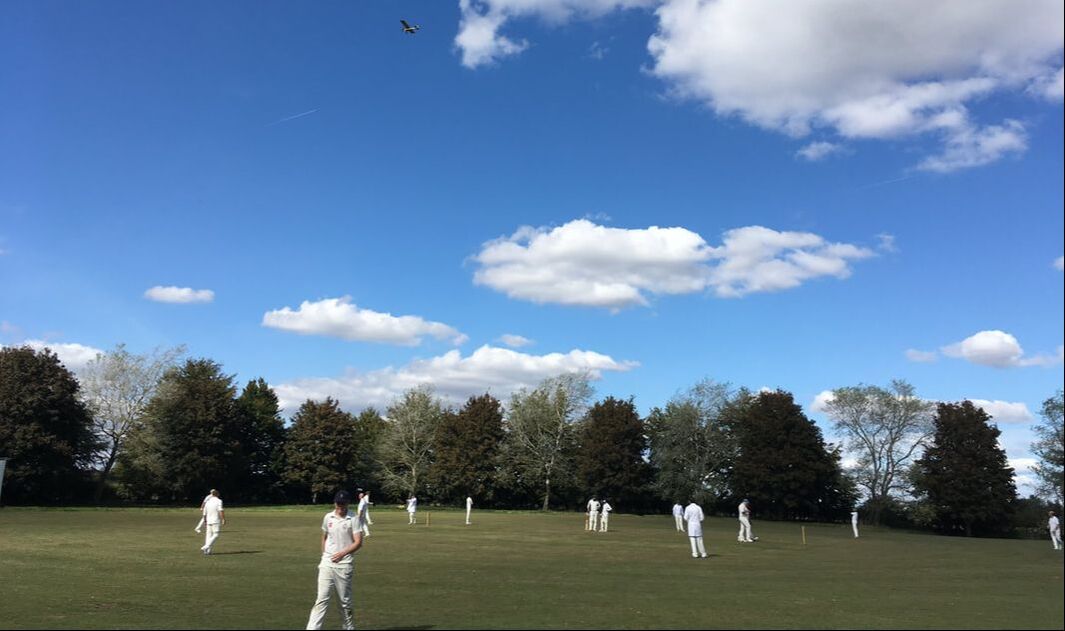 On a chilly Sunday in September, the Bodley battle bus arrived in the picturesque village of Aldworth for our final game of the season, memories of getting walloped this time last year at the back of our minds. To our pleasant surprise, Aldworth put us into bat, playing a timed format, for two and a half hours or until we were all out. (We had an idea which one of those it might be).

Matthew and David Shackleton went out to face the impressive opening bowling pair. One was a teenage left-armer who looked a lot like Sam Curran and bowled a good pace; the other who didn’t look anything like Sam Curran but kept our batsman alert with some short-pitched deliveries on a tricky surface. Our opening batsman did well, seeing out some good bowling before David was caught trying to dispatch a delivery that stuck in the pitch, with Matthew out shortly afterwards for 14. Phil was in next, and played out some tricky bowling before getting clean bowled. Arthur and Dom had a valuable partnership here, with Arthur biffing the ball to the boundary and Dom nudging and nurdling away at the other end. When Arthur was well-caught by the keeper for 27, the score was at 88-4 and things were looking okay on a tough pitch. Dom was then run out after a bit of a mix-up, entertaining the spectators and opposition, before Tim and Gareth fell to some excellent bowling (“just too quick” was Tim’s review). A couple of lovely fours from Gav helped us get up to three figures, before he top-edged one, out for 11. There was a second run-out – Andrew Milner the unlucky party here – and Dave Busby was trapped LBW by the returning opening bowler. 114 all out, not quite ideal but still a respectable total on a tricky pitch.

We then got stuck into tea, with some superb lemon drizzle cake and a friendly dog in search of sausage rolls. Heartened by the news that England were still holding out at Old Trafford, we returned to the field refreshed, to try and defend our total against (we suspected) a good batting line up.

Stuart and Phil opened the bowling, and made a strong start with a tight first few overs. Both took early wickets, Gav taking a good catch at gully from Stuart’s bowling. There was also a lovely wicket for Phil, the ball carving up the batsman and clipping one of the bails. At the other end, the opening bat was striking the ball well, dealing mostly in boundaries and causing our fielders to hunt for the ball in the nettles a fair bit. Some good fielding, in particular a one handed dive by Stuart and a hand-stinging stop by Dave Busby, helped keep these boundaries to a minimum. That said, the opposition opener wasn’t budging, reaching 50 with his team’s total on 54. That is, he wasn’t budging until a terrific catch by Phil off Andrew Milner's timeless bowling. Thankfully, the wickets kept coming, as Bodley’s ‘spin twins’ (Andrew Milner and Arthur) really got in on the act. Excellent glovework saw Matthew rewarded with two well-deserved stumpings. By this point, Aldworth were running out of wickets but were also nearing the target, as their number 9 hit a few big fours to cow corner. Gareth spun the dice, bringing the express pace of Phil back on for a final flurry, and he managed to take the last wicket, again clean bowled, with the opposition just 2 runs short of our total.

A satisfying conclusion to an enjoyable match, achieved through a good team performance – stubborn batting, consistent bowling and tight fielding. Now the off season, as Bodley’s players recuperate/rest/forget how to play until next April. Final good bit of news is the fact that apparently we’ve managed a 50:50 win/loss ratio this season. Who’d have thought it? Here’s to next season!
​
DH 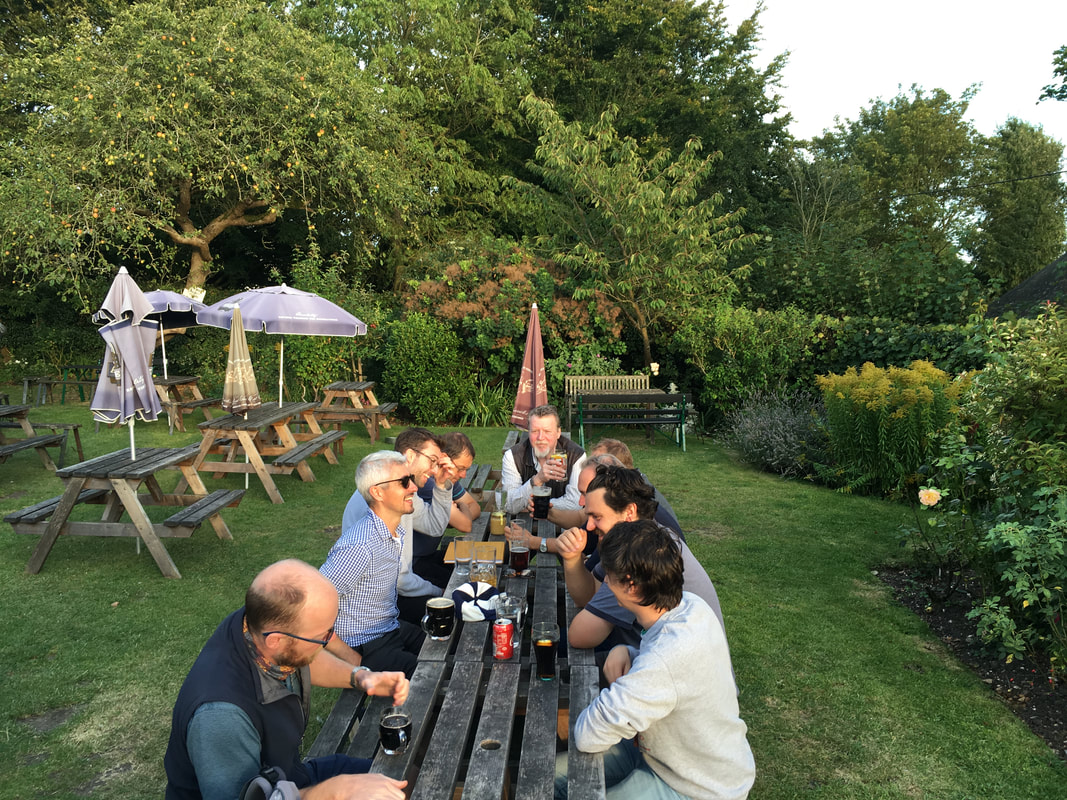 The Victorious Bodley, as we are only occasionally known, celebrate with a pint to end the season on a high